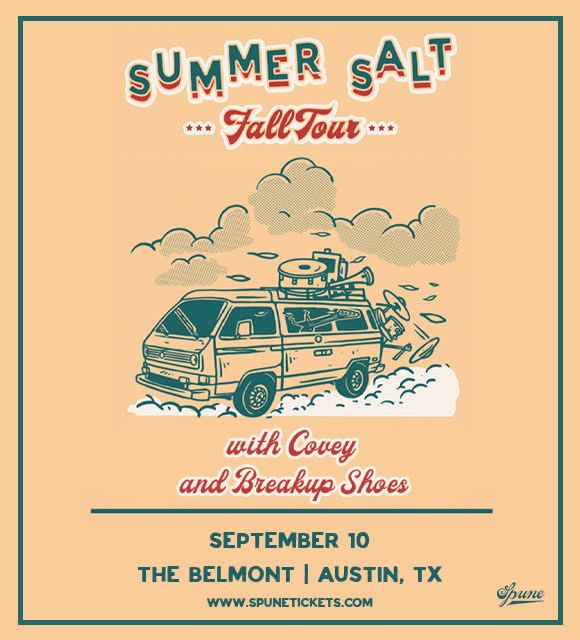 As kids, SUMMER SALT knew what they were running toward. Now, they’re ready to ruminate on what they’ve left behind.

In a way, the trop-pop duo – singer/guitarist Matthew Terry and drummer Eugene Chung – have been building to their brand-new album, SEQUOIA MOON, ever since jettisoning their Dallas, Texas, hometown for the arts-and-culture oasis of Austin after graduating high school in the early 2010s. The band quickly rose through the ranks of the local Austin scene with their 2014 debut Driving To Hawaii, teeming with both the escapism and recklessness of youth and the composure and charm of ‘60s-era pop, doo wop and bossa nova.